Our history teacher, Lenny Ambrosini, told us to answer some questions about the League of Nations. Here are the answers:
1. The aims of the League were the following: to discourage agression from nations and to encourage countries and nations to co-operate in buisness and trade, to disarm and to improve the living and working conditions of people.
2. In Usa, there were elections but Wilson was not re-elected and the new government did not want to approve the League.
3. German Immigrants in the USA did not want to join the League because they didn’t want USA joining war against Germany and because the League squeezed reparation payments out of Germany.
4.USA wanted to stay out of te League for this economical reasons: the president thought that the only way to go back normality (before war) was to be isolated from the European affairs and become powerful and rich again.
5. USA opposed completely to the whole idea of colonies and empires; they thought that Britain and France would be soon under control.
6. Poland invaded Vilna because the majority of Vilna´s inhabitants were Polish and they wanted to take control of the territory. France was not prepared to stop Poland because they saw it as a possible ally against Germany in the future. Also Britain was not prepared either to act alone.
7. For both Germany and Poland Upper Silesia was a very important region because of its rich iron and steel industry.
8. The League did not solve it.
9. Both Finland and Sweden wanted control over the Aaland Islands, they asked for help to the League. After looking at the matter closely, the League decided it would be best for the islands to go to Finland. Sweden accepted their decision and war was avoided.
10. The reason Mussolini invaded Greece in the Corfu conflict is the following: The person to supervise Corfu was a Italian general. After the general was murdered, Mussolini blamed Greece and said they had to pay for compensations. As Greece did not want to pay, they decided to invade Corfu. So at the end, Greece had to pay compensation for Mussolini to give them Corfu back.
11. Yes, the League was critized because of the following reasons:

12. The Geneva Protocol was supposed to stengthen the League, but instead it weakened it. There was a general election in Britain, and the new goverment refused to sign the Protocol.
13. As Greece was invaded by Mussolin 2 years before and the League accepted it (also made Greece pay).They invaded Bulgaria in 1925 on the border area. Although some Greek soldiers were killed, the League ordered Greece to pay a compensation to Bulgaria.
14. Greece complained because when Mussolini invaded Greece, to have the land back, Greece had to pay comensation. Instead when Greece invaded Bulgaria, Greece had to pay compensation to Bulgaria.

Our writing and oral teacher,Pilar Pando, asked us to do a review about a book we recenly read through Fakebook. I did mine about «Boy» by Roald Dahl. http://www.classtools.net/FB/1238-F7CK8r 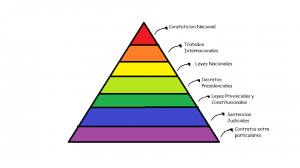