Our language teacher, Pilar Pando, asked us to write a description of nature, people or both. At the same time, we had picture it as if it was the first time we had been there and write it in narrative form. For my description, I chose Lapad Beach which is in Croatia.

It was very early, and the sun seemed to launch through the sky, as it rose to illuminate the whole town.  I was in Lapad Beach, Croatia accompanied by the loneliness of the peaceful and silent scenery.

As my eyes first met the wondrous and sublime view; and my nose first smelled the scent of the fresh and misty air; as my dry mouth first savored the saltiness of the splash of waves; and my feet first touched the smooth white stoned path to the sea; as my ears first heard the gentle rhythm of the clashing waves, I knew I was right where I belonged.

Step by step I approached the sea shore, until I was fully submerged in the water. It reflected on my delicate skin, and the transparency of it seemed appalling. I was amazed as I swam further and further away from the beach, how something so mysterious and unknown could result so beautiful and familiar. It was there were I watched the isolated clouds in the sky. The rays of the sun penetrated on my body, and there was sunshine in my soul. What a fantasy it had become, a fantasy that would depart and come.

Our literature teacher, Pato Chujman, asked us to answer the following questions in order to reflect on the poem we read and analyzed in class called «Continuum»

What is a ´continuum´?

A continuum is a continuous extent, series, or whole which cannot be divided into parts.

Why did the poet entitled the poem, «Continuum»?

The poet entitled the poem continuum because the poem can’t be divided, you have to read it all together. There are enjabments that make the poem flow as a whole.

What does the poet mean by… «All poems are rash acts»?

What i interpreted from that quote is that he believes poems are improvised, they are the fruit of life’s  inspiration. You can’t create inspiration, you have to find it, therefore when you do, you can’t help but pour ideas into a poem.

What is the role of irony in the poem?

The poem is about the writer not being able to find inspiration, yet him writing the poem means that he has some inspiration.

Are there examples of personification?

An example of personification in the poem, would be the moon. The writer begins the poem by describing how the moon hide behind his house and later states «I am talking about myself.» The loneliness of the moon in the sky reflect the isolation of the thought’s in the voice’s mind.

Also, the cloud is being personified since it represents confusion and inability to create.

Is the poem the same throughout the poem?

The tone of the poem include gloomy, puzzled, dark, disturbed and blurry.. But as  the poem progresses and the voice starts to evolve, we can see his clearer mind and how he finds stability. Therefore the voice is tranquil,  settled and fruitful.

What is the effect of enjabment in the poem?

The effect of continuity, that it cannot be divided and that every though is related. Also hoe the writer/voice has a confusion in his mind, therefore, write in a disorganized way.

Explore the meaning in the final sentence/stanza?

it could be interpreted in 2 ways:

that he goes back inside, picks up his drafts and starts writing (since he got inspired by nature) and then goes to sleep. Maybe, he wrote this poem about his experience. This is the one i believe happened.

Then again, it could happen that he goes back inside, puts back his drafts into and gives up, lat going to sleep.

Our Biology teacher, Magda Ravagnan, asked us to watch a video about diarrhoea and cholera, and answer some questions following it.

2) State ways in which the bacterium spreads in the village.

Defecating near the river, therefore contaminating the water

Having dirty hands, not cleaning them, and touching other things/people.

Flies transport the bacterium to things we consume or touch.

A condition in which faeces are discharged from the bowels frequently and in a liquid form.

4) How does the cholera bacterium cause diarrhoea?

Toxins from bacteria are produced, they attach to the villi which produce chloride in the lumen (where the food passes). Production of chloride increases, which means that the concentration of water decreases. So the water of blood goes to the lumen, from low concentration to high. Which is why when you have diarrhoea you become so dehydrated.

5) How did the boy treated his father?

He went to a doctor in the village and she said to boil the water and add tablespoon of salt and sugar.

You can also treat it with antibiotics.

6) Name the different actions which the boy taught to the people in the village to prevent the disease.

He told the villagers to wash their hands after pooing or peeing, after touching a lot of germs and before eating. Also to make sure the water is drinkable (by adding chlorine and waiting 30 minutes) and cooking the foods you eat. Finally to put a net to protect food and drinks from mosquitoes and flies.

Our Language teacher, Pilar Pando, asked us to record a booktube about the book that we have read from the lending library, the one I chose is «Mistral’s Daughter» by Judith Krantz. It is a great way to evaluate our reading comprehension, since it is fun and we can work with technology. I hope you enjoy mine! 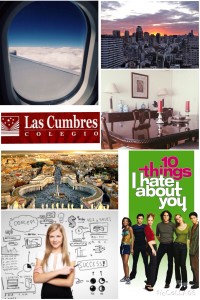 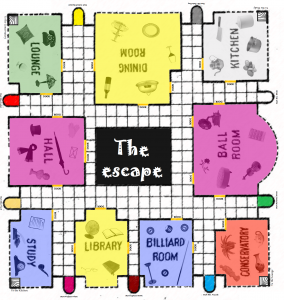 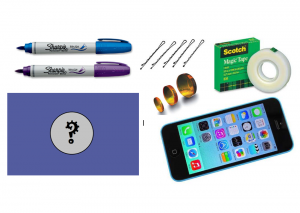